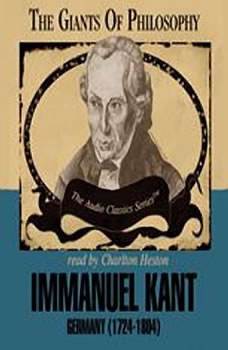 Before Kant, philosophers had debated for centuries whether knowledge is derived from experience or reason. Kant says that both views are partly right and partly wrong, that they share the same error; both believe that the mind and the world, reason and nature are separated from one another. Building on an insight from Hume, Kant says that our reason organizes our sense perception to produce knowledge. The mind is a creative force for understanding the manifold of new, unconceptualized sense impressions with which the world bombards us. And Kant says we cannot know the "thinginitself" the object apart from our conceptualization of it. Kant's "transcendental" philosophy transcends the question of "what" we know to ask "how" we know it. He seeks to discover the rules or laws of the understanding; he concludes that we can never transcend the limits of possible experience, declaring "I have had to limit reason to make room for faith." For Kant, space and time are not external realities; they are tools of the mind in organizing experience. And we are unable to determine the ultimate nature of some things, such as whether humans have free will. Kantian ethics asserts that we endure a perpetual struggle between duty and desire. The moral Law is universal and it speaks to us through our conscience. Kant's "categorical imperative" is to act only according to the maxim by which you can at the same time will that it should become a universal law of nature.