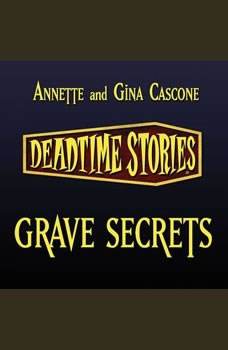 Another creepy tale for beside the campfire or beneath the covers from "Twisted Sisters" Annette and Gina Cascone's Deadtime Stories—now a hit show on Nickelodeon!Amanda Peterson has a pet cemetery in her backyard. It's where she's buried all her family's dear departed pets, like Ralphie the hamster, Herman the goldfish, and Snitch the canary. But when Amanda and her friends set out to bury a dead squirrel, they accidentally dig up a grave that's already occupied—and not by a pet. The scary old lady who lives next door has lots of buried secrets. And she'll do anything to keep them that way…."