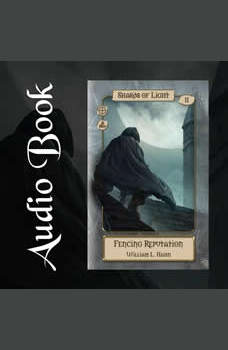 When the elven lords, preachers and merchants of Cryssigens need wrongs righted without clues, they look for the stealthic Feldspar to solve their problems. But the legend without a face is hard to find: and when Feldspar takes a commission from the most famous, and beautiful, priestess in the city, he finds problems of his own piling up, and is forced to choose between Hope and safety.