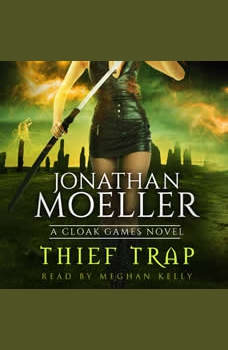 In 2013, a gate to another world opened, and Elves used their magic to conquer Earth, crushing all resistance before them.

Three hundred years after the Conquest, the exiled Elven High Queen rules an orderly but stagnant Earth, with humanity forced to fight in the High Queen’s war against the traitors on the Elven homeworld.

Fortunately, Nadia has magic of her own, and she’s a very, very good thief.

Unfortunately, the powerful Elven lord Morvilind has a hold on Nadia. If she doesn’t follow his commands, her brother is going to die.

Of course, given how dangerous Morvilind’s missions are, Nadia might not live long enough to see her brother’s death…