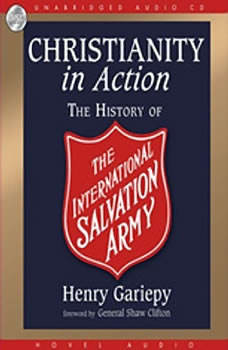 Christianity in Action: The International History of the Salvation Army

Since its founding in 1865, The Salvation Army has grown from a small London movement, to an internationally renowned organization, virtually synonymous with "charity." In this volume, General Henry Gariepy documents that growth, exploring the thrilling history of the worldwide movement, and the incredible things God has accomplished through it. Gariepy's work serves as a reminder of the power Scripture has, when applied, to change the world -- of Christianity, in action