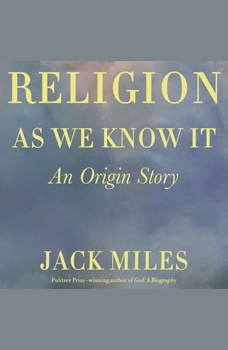 Religion as We Know It: An Origin Story

A brief, beautiful invitation to the study of religion from a Pulitzer Prize winner.

How did our forebears begin to think about religion as a distinct domain, separate from other activities that were once inseparable from it? Starting at the birth of Christianity―a religion inextricably bound to Western thought―Jack Miles reveals how the West's "common sense" understanding of religion emerged and then changed as insular Europe discovered the rest of the world. In a moving postscript, he shows how this very story continues today in the hearts of individual religious or irreligious men and women.