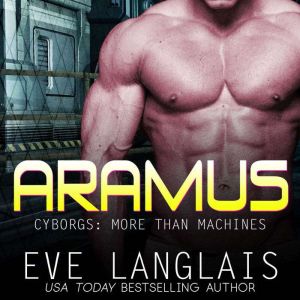 Wiping out humanity is his number one objective—until he meets her.

Aramus has no patience or sympathy for the excuses humanity uses to hunt cyborgs down and eradicate them. He’s put up with too much at their hands to ever forgive and forget. But all that changes when he rescues a fragile human doctor who refuses to see him as a machine.

She teaches him that perhaps not all emotions are a weakness and that love can make even a cynical cyborg like him stronger.

And for those who’d mock his change of view or threaten his female? Go ahead. His iron knuckles could use some exercise.