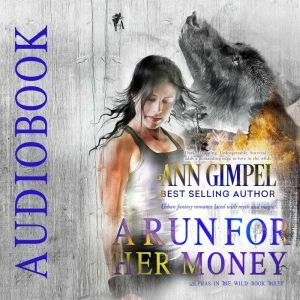 A Run For Her Money: Science Fiction Romance

Series: Alphas in the Wild

Dark. Daunting. Unforgettable. Survival adds a demanding edge to love in the wilds.

Sara’s day begins like any other. A routine extraction in tandem with a local Search and Rescue team. Routine crashes to a halt when she ends up trapped in a hut, high atop Muir Pass in the Sierras. Four days later, running out of food for herself and her dog, she makes a bold dash for safety.

Jared’s walking the Muir Trail when all hell breaks loose. After hunkering beneath a boulder pile for days, he dares a difficult cross-country route, hoping it’ll put him into position to approach a backcountry ranger station. Surely one of the rangers will know what happened, because he sure as hell doesn’t.

Jared locates the cabin, but it’s locked tight. He’s getting ready to leave the next morning when a helicopter lands, with Sara at the helm. There’s no time to trade war stories. It takes a leap of faith, but they throw in their lot together. Can they face the impossible and come out the other side unscathed?