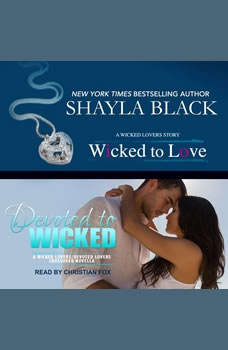 Wicked to Love/Devoted to Wicked

Tantor Audio presents two must-listen novellas from New York Times bestselling author Shayla Black. Wicked to Love: Just when Brandon Ross gave up on the woman he'd always wanted, he found the one he needed—right under his nose. Devoted to Wicked: A one-night stand . . . or something more? Karis isn't sure until a thief strands her in Mexico, leaving her in need of a passport photo—and a hero—giving Cage a second chance to win her love. Contains mature themes.