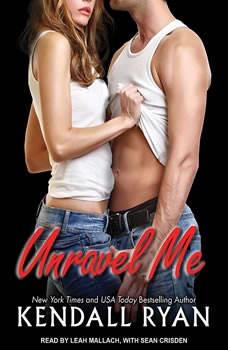 Psychology student Ashlyn Drake's neat, orderly life takes a turn for the crazy when she finds the perfect subject for her amnesia thesis—a young man without any memory of his previous life, including the murder he's accused of committing. Against all common sense, Ashlyn's drawn to him like a moth to a flame. Perhaps it's that he's so incredibly male, and even handcuffed to his hospital bed, he could pass for a cologne ad—Scent de Insanity. Or perhaps it's because she's spent too many lonely nights studying. Either way, she's determined to help him solve the mystery of his past. She begins to unravel who he was before, using his cryptic tattoos and his paintings that scream of a dark past as her only clues. When she finally learns his secret, there's no telling which one is the real him, the gentle lover she's fallen for or the troubled man with a dark past.

The Experiment
by HelenKay Dimon