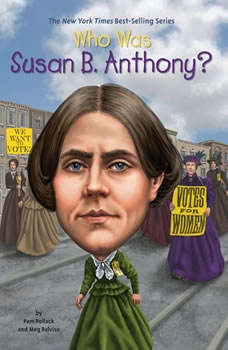 Who Was Susan B. Anthony?

Susan B. Anthony may be an international icon but her campaign for women's rights had personal roots. Working as a school teacher in New York, Anthony refused to settle for less pay than her male colleagues which ignited her lifelong devotion to women's equality. Anthony toured the United States and Europe giving speeches and publishing articles as one of the most important advocates of women's rights. Learn more about the woman behind the movement in Who Was Susan B. Anthony?