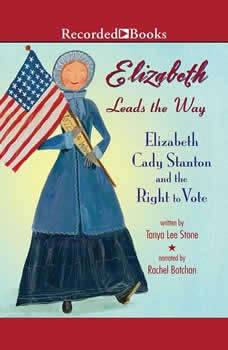 Elizabeth Leads the Way: Elizabeth Cady Stanton and the Right to Vote

An acclaimed biographer for children, Tanya Lee Stone has received many accolades for her over 80 published books. This Junior Library Guild Premier Selection introduces young listeners to women's rights pioneer Elizabeth Cady Stanton. In the 19th century, American women weren't allowed to own property, go to college, or even vote. Unwilling to suffer this injustice, Stanton gathered like-minded people to change these rules.