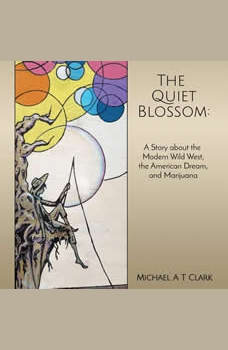 The Quiet Blossom: A Story about the Modern Wild West, The American Dream, and Marijuana

In the hills of Northern California and Southern Oregon, a small but significant subculture was born out of the rapid development of the medical marijuana industry. The community formed under the influence of necessary secrecy and resource abundance, yet grew to become an impactful social movement that has left a mark on the greater American society, and, in fact, the world.

The Quiet Blossom paints a picture of the nascent culture as it finds itself and experiences it’s most glorious and promising years before it begins to decline as rapidly as it grew.

The story is a creative nonfiction account of one young man’s experiences over several years working in Northern California- a personal narrative, designed to share the human experiences of a secret world. It is partially an adventure story, and partially a cultural exploration, reflecting on the cultural and social implications of the black market industry. This book captures the essence of the cannabis growing industry in all its peculiar glory and describes a colorful history intended to preserve the stories and the lessons for days when we have forgotten that cannabis was once illegal.