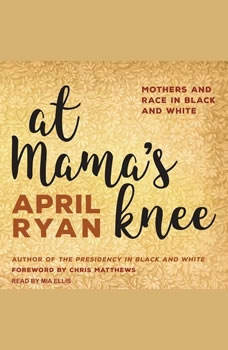 At Mama's Knee: Mothers and Race in Black and White

In her first book, The Presidency in Black and White, journalist April Ryan examined race in America through her experience as a White House reporter. In this book, she shifts the conversation from the White House to every home in America. At Mama's Knee looks at race and race relations through the lessons that mothers transmit to their children. As a single African American mother in Baltimore, Ryan has struggled with each gut-wrenching, race-related news story to find the words to convey the right lessons to her daughters. To better understand how mothers transfer to their children wisdom on race and race relations, she reached out to other mothers—prominent political leaders like Hillary Clinton and Valerie Jarrett, celebrities like Cindy Williams, and others like Sybrina Fulton, Trayvon Martin's mother, whose lives have been impacted by prominent race-related events. At a time when Americans still struggle to address racial division and prejudice, their stories remind us that attitudes change from one generation to the next and one child at a time.