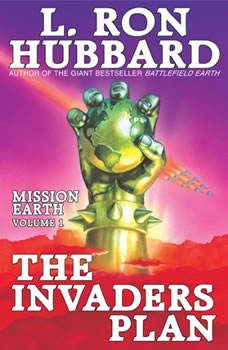 Riviting, superbly plotted intrigue. A new style of Science Fiction epic, rooted in the clandestine worlds of intelligence, drug smuggling and crime. With all of the suspense elements of the fast-paced spy/mystery thriller. Exotically spiced with a liberal dash of humor and a hint of sex. Volume 1 of the biggest Science Fiction dekology ever written -- Mission Earth.