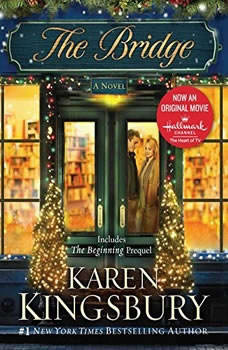 The New York Times bestselling author of Learning and Leaving shares a heartwarming Christmas story about a devastating flood, lost love, and the beauty of enduring friendships.Molly Allen lives alone in Portland, but her heart is back in Franklin, Tennessee, where five years ago she walked away from a man she cannot forget, a rare sort of love she hasn’t found since.     Ryan Kelly lives in Franklin and spends plenty of time at The Bridge—the oldest bookstore in historic downtown Franklin—remembering the long hours he and Kelly once spent there.     Now, Ryan and Molly’s favorite bookstore is in trouble. For thirty years, Charlie and Donna Barton have run The Bridge, providing the people of middle Tennessee with coffee, conversation, and shelves of good books—even through dismal book sales and the rise of eBooks. Then in May a flood tore through Franklin and destroyed nearly every book in the store. By Christmastime, the bank threatens to pull the lease on The Bridge and is about to take the Bartons’ house as well. Despondent, Charlie considers ending his life. And in the face of tragedy, miracles begin to unfold.