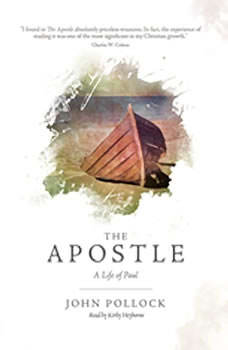 The Apostle: A Life of Paul

The acclaimed biography of the early church's greatest evangelist, the Apostle Paul. Master storyteller John Pollock makes Paul and his amazing story freshly alive, so that you can know the greatest apostle much as Luke and Timothy did as they traveled with him. As you turn the pages, you'll sense Paul's motives, his aims and priorities; what mattered to him; and what he was willing to die for.

John Pollock, a Cambridge-educated clergyman, became Billy Graham's authorized biographer early in the evangelist's career. His biographies include The Master: A Life of Jesus, available from Victor Books in this pocket-size format. John Pollock and his wife, Anne, reside in Devonshire, England.