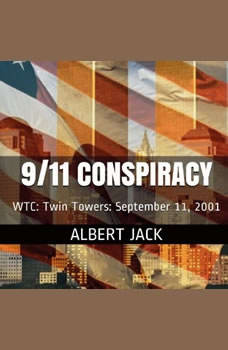 From the internationally best selling author of Red Herrings and White Elephants, Pop Goes the Weasel, New World Order and many more;The events of 9/11 2001 must not be forgotten because the consequences and still revolving around the world today.The events that took place on September 11, 2001 were the most important of our generation. Possibly the most important of our lifetimes and certainly the since the bombing of Pearl Harbour and the Second World War. But they will definitely not be the Crime of the Century. There is much more to come, although hopefully not in my lifetime.For over a decade we have been told on every news program, every radio bulletin, in speeches, statements & announcements, front page stories, magazine articles, Government policy announcements and by every government official throughout the West; that the world has changed. And we have to react with it.We are told that 9/11 has changed the course of our domestic and foreign policy. (It certainly has) Our civil liberties must be amended with the changing times. Those responsible and their allies must be hunted down and punished, however loosely connected they are, regardless of the cost, either in human or financial measure.The event must not be forgotten. It should dominate debate, both public and private. We must reconfigure, adapt, refocus, reprioritise and come together as one, with our allies, to defend our freedoms and liberties.And we should do everything we can to make sure it never happens again. And that means we must rely on the elected policy makers, who are advised by experts with minds immeasurably greater than ours. And then do as we are told and pay for it.Really, how does a projectile manage to hit the Pentagon in Washington DC? How can that even happen, never mind New York for the moment.How do Fred Flintstone and Barney Rubble manage to pull that off?So find out who really was responsible and why...?

From the Author of the Internationally Bestselling Red Herrings & White Elephants, Pop Goes the Weasel, What Caesar did for My Salad, Shaggy Dogs, They Laughed at Galileo:The historical significance of children’s rhymes is often lost on most a...

From the internationally best selling author of Red Herrings and White Elephants, Pop Goes the Weasel, New World Order and many more;Albert Jack's Mysterious World Part One is a collection of the world's most famous and puzzling mysteries.What reall...