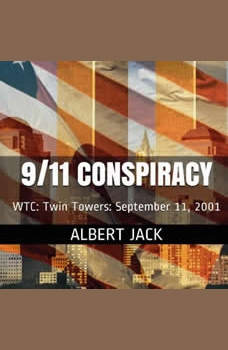 From the internationally best selling author of Red Herrings and White Elephants, Pop Goes the Weasel, New World Order and many more;

The events of 9/11 2001 must not be forgotten because the consequences and still revolving around the world today.

The event must not be forgotten. It should dominate debate, both public and private. We must reconfigure, adapt, refocus, reprioritise and come together as one, with our allies, to defend our freedoms and liberties.

Wave after wave, generation after generation and each finding new and darker ways of reaching us. We must accept that if the good guys are becoming more and more clever, and advanced, in their ways of protecting us, then the dark side is moving just as cleverly in the other direction.

It was so extraordinary that we have to wonder what on earth we have done, by way of Foreign Policy since the Second World War, to make them hate us that much. So passionately.

The obvious way to try and understand this is to begin with an investigation of the 9/11 attacks and try to find out how a bearded caveman was able to strike at the heart of the world's military superpower.

So find out who really was responsible and why...?

From the Author of the Internationally Bestselling Red Herrings & White Elephants, Pop Goes the Weasel, What Caesar did for My Salad, Shaggy Dogs, They Laughed at Galileo:The historical significance of children’s rhymes is often lost on most a...

From the internationally best selling author of Red Herrings and White Elephants, Pop Goes the Weasel, New World Order and many more;Albert Jack's Mysterious World Part One is a collection of the world's most famous and puzzling mysteries.What reall...

September 11: The 9/11 Conspiracy
by Albert Jack