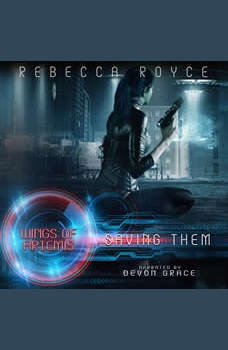 Paloma McQueen is a woman on a mission.

Loving the Sandler brothers in the midst of a war tearing their galaxy apart never promised to be easy but Paloma swore an oath to her husbands. Their challenges are hers, their war hers, their happiness… Everything she is and will be, she plans to be with them no matter what changes the conflicts wrought on the map.

When a battle gone wrong rips her away from her loves, she will tear the galaxy apart to get them.

She made a promise to love them for better or worse and nothing—not war, cartel, or corporation will keep her from those she loves.