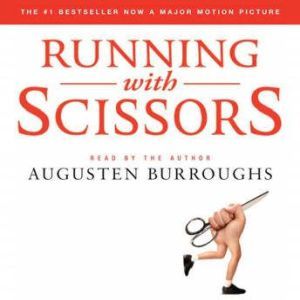 Running with Scissors: A Memoir

Running with Scissors is the true story of a boy whose mother (a poet with delusions of being Anne Sexton) gave him away to be raised by her psychiatrist, a dead ringer for Santa and a lunatic in the bargain.Suddenly, at age twelve, Augusten Burroughs found himself living in a dilapidated Victorian house in perfect squalor. The doctor's bizarre family, a few patients, and a pedophile living in the backyard shed completed the tableau. Here, there were no rules. There was no school. The Christmas tree stayed up until summer, and Valium was eaten like Pez. And when things got dull, there was always the vintage electroshock-therapy machine under the stairs...Running with Scissors is at turns foul and harrowing, compelling and maniacally funny. But above all, it is a truly amazing chronicle of an ordinary boy's survival under the most extraordinary circumstances.Running with Scissors AcknowledgmentsGratitude doesn't begin to describe it: Jennifer Enderlin, Christopher Schelling, John Murphy, Gregg Sullivan, Kim Cardascia, Michael Storrings, and everyone at St. Martin's Press. Thank you: Lawrence David, Suzanne Finnamore, Robert Rodi, Bret Easton Ellis, Jon Pepoon, Lee Lodes, Jeff Soares, Kevin Weidenbacher, Lynda Pearson, Lona Walburn, Lori Greenburg, John DePretis, and Sheila Cobb. I would also like to express my appreciation to my mother and father for, no matter how inadvertently, giving me such a memorable childhood. Additionally, I would like to thank the real-life members of the family portrayed in this book for taking me into their home and accepting me as one of their own. I recognize that their memories of the events described in this book are different than my own. They are each fine, decent, and hard-working people. The book was not intended to hurt the family. Both my publisher and I regret any unintentional harm resulting from the publishing and marketing of Running with Scissors. Most of all, I would like to thank my brother for demonstrating, by example, the importance of being wholly unique. 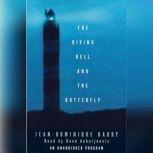 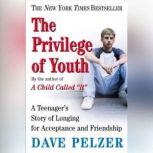 The Privilege of Youth
by Dave Pelzer

More than six million readers can attest to the heartbreak and courage of Dave Pelzer’s story of growing up in an abusive home. His inspirational books have helped countless others triumph over hardship and misfortune.Now this former lost boy ...

This was a quirky, dark book. Very readable and definately made me feel wholesome and mainstream.

I laughed out loud many times while reading this book. It was witty and insightful and I'll definitely read it again.

Worth reading. You find yourself saying NO WAY, but yes way.

My adult daughter recommended Burroughs books so highly I was looking forward to listening to this one. But, oh my! I could barely listen to the first disc before packaging it up and sending it back. And had I read the other reviews here, hundreds of times better written than my own, I would not have wasted my time on this at all. I am SO glad I stopped with the first disc. There are thousands of books more worthy of my time including those on anything relating to geology, Africa or anything as removed from fractured psychology as possible.