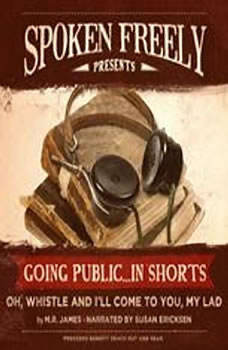 Oh, Whistle, and Ill Come to You, My Lad

M. R. James was a prolific and hugely successful author, now credited with redefining the ghost story form. By abandoning many of the formal gothic clichs of his predecessors and using more contemporary settings, James set the stage for future generations of writers. Originally published in 1904, Oh, Whistle, and Ill Come to You, My Lad is the story of a man who digs up a bronze whistle, which, after blowing it, leads to unexpected consequences. Haunting yet realistic, Oh, Whistle, and Ill Come to You, My Lad ranks among his best and most underrated tales. Proceeds from sale of this title go to Reach Out and Read, an innovative literacy advocacy organization.