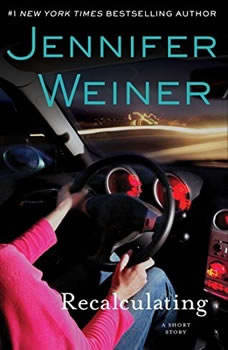 On the surface, Maureen's life appears no different from any other stereotypical 54-year-old housewife's: a suburban home in a small Pennsylvania town, two loving kids, grandchildren, and a husband to dote on at the end of the day with a home-cooked meal and a crisp martini. Fat bitch, dumb bunny, slut, tramp: these are just a few of the cruel words that echo in Maureen's ears every day and define the harsh reality she actually lives in. For years, Maureen has harbored a dark secret known by only one other person: her husband, Tommy. After Tommy dies, Maureen imagines that the years of physical and mental abuse are over. But just six months later, while looking for the Halloween decorations in the attic, Maureen finds a gift-wrapped GPS with her name on the box: an early birthday present from her late husband. When the voice from the machine starts giving her sinister directions, she learns that sometimes the dead are restless... and she's locked in a battle not just for her life, but for her soul.