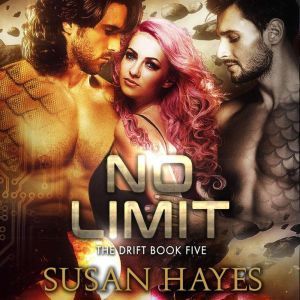 Tyran Varosa and Braxon Torr are on a mission. Find an inhabitable planet. Start a new colony. Escape the archaic rules and traditions of the Vardarian homeworld. They never expected to find their mate along the way, and they never imagined she’d be a diminutive human female with pink hair and a warrior’s spirit.

Phaedra Kari has been called a lot of things in her life: trouble, cyber-jockey, lunatic, hacker, but never someone’s mate - not until an alien prince and his best friend arrive at the Drift. She’s got plans of her own, and they don’t include mating anyone, not even a pair of gorgeous aliens whose every touch tempts her to say yes.

When corporate backstabbing progresses to real-life murder, these three will need to come together to ensure the survival of their plans, their friends, and each other.