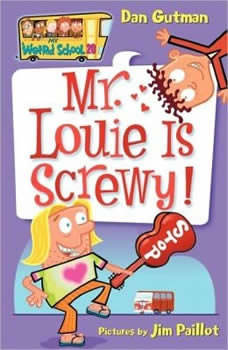 Valentines Day is just around the corner, and Mr. Louie, the hippie crossing guard, wants everyone to fall in love. So he puts a secret love potion in the water fountain. Will A.J. have to kiss Andrea?