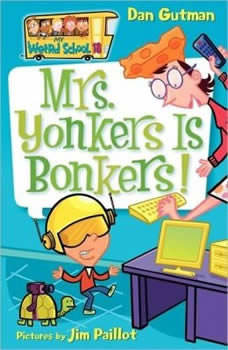 Something weird is going on! Mrs. Yonkers, the computer teacher, is the nerdiest teacher in the history of the world. She can type with her feet! She buys foam cheeseheads off eBay! She even puts a Webcam on a turtle! Is she trying to take over the planet?