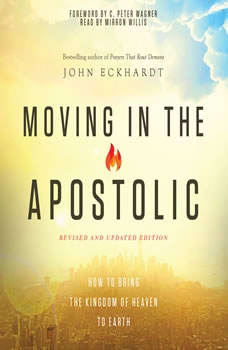 Moving in the Apostolic

Why is God restoring apostles to His church? Because restoration of the apostolic ministry is necessary for the church to complete its mission on earth. We are now experiencing the greatest outpouring of the Holy Spirit the world has ever known, and we should expect to see multitudes swept into the kingdom as a result. In this book, John Eckhardt reveals how the apostolic dimension affects the preaching, teaching, worship, prayer, and giving of the local church. And how apostolic leadership will point the way toward fulfillment of the Great Commission.