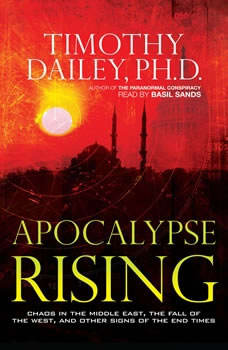 Apocalypse Rising: Chaos in the Middle East, the Fall of the West, and Other Signs of the End Times

A Revealing Look at the Signs of the End Times

After decades of researching biblical prophecy, bestselling author Timothy Dailey warns that end-time events are closer than we realize. Connecting the dots between history, archeological findings, first-hand accounts, and Scripture, Dr. Dailey shows that malevolent forces are converging to trigger the end of human history. He reveals:

Yet under the shadow of the apocalypse, the world is witnessing an unprecedented spiritual revival and outpouring of the miraculous. It's time for us to read the signs and take a stand, knowing that Jesus has promised to be with us to the end of the age.