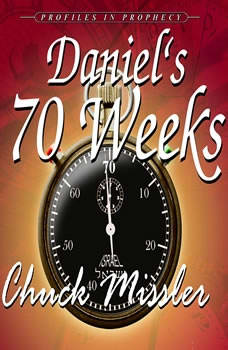 Do you know the Most Amazing Passage in the entire Bible? In this study of Daniel's 70 Weeks, you will discover this amazing prophecy in the Old Testament predicted the very day that Jesus presented Himself as the Meschiach Nagid, the Messiah the King, to Jerusalem. The Seventy Week Prophecy of Daniel 9 includes the most incredible validation of Jesus Christ as the Messiah, which He held them accountable to have known. In a confidential briefing to His disciples, Jesus also highlights this passage as the key to understanding all other prophecies concerning His return.