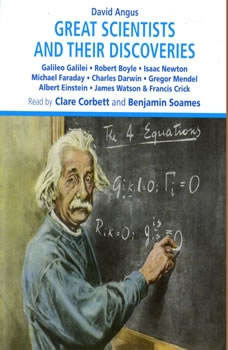 Great Scientists and their Discoveries

How did the great scientists make their remarkable discoveries? And what kind of men were they? This companion volume to Great Inventors and their Inventions introduces the work of ten men to younger readers, and range from the world of Ancient Greece to the twentieth century discovery of DNA. Among them are the crucial discovery that the earth goes around the sun (Galileo), the principle of gravity (Newton), the evolution of the species (Darwin) and the principle of inherited characteristics or genetics (Mendel).