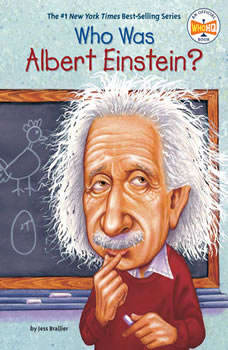 Who Was Albert Einstein?

Everyone has heard of Albert Einstein-but what exactly did he do? How much do kids really know about Albert Einstein besides the funny hair and genius label? For instance, do they know that he was expelled from school as a kid? Finally, here's the story of Albert Einstein's life, told in a fun, engaging way that clearly explores the world he lived in and changed.