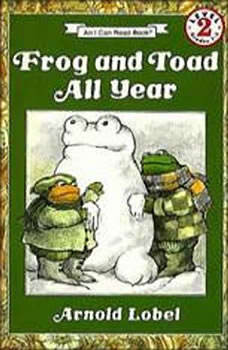 Frog and Toad All Year

In winter, spring, summer, and fall, Frog and Toad are always together. From sledding in winter to eating ice cream on hot summer days, these two friends have fun the whole year round!The beloved classic Frog and Toad stories by Arnold Lobel have won numerous awards and honors, including a Newbery Honor, a Caldecott Honor, ALA Notable Children’s Book, Fanfare Honor List (Horn Book), School Library Journal Best Children’s Book, and Library of Congress Children’s Book. This Level 2 I Can Read is geared toward kids who can read on their own but still need a little help.