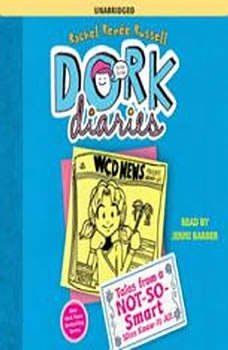 Nikki Maxwell authors an advice column for the school newspaper in this fifth book of the New York Times bestselling Dork Diaries series.Nikki Maxwell develops a sudden interest in student journalism that may or may not (okay, definitely does) have to do with the fact that mean girl MacKenzie has started writing a gossip column. And there just might be some juicy info involving Nikki’s crush, Brandon, that Nikki doesn’t want MacKenzie reporting to the world. So Nikki joins the school newspaper staff—and ends up as an advice columnist! It’s fun at first, answering other kids’ letters. But when Miss Know-It-All’s inbox is suddenly overflowing with pleas for guidance, Nikki feels in need of some help herself. Fortunately she has BFFs Chloe and Zoey on her side—and at her keyboard!