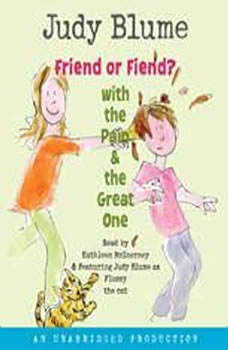 Friend Or Fiend? with the Pain and the Great One

Series: Pain and the Great One Series

What’s the difference between a friend and a fiend?

Jake is so embarrassed by a reading circle blunder, he vows never to speak in class again. Abigail believes she can no longer trust one of her best friends. Their teenage cousins have turned into fiends. And on the perfect snow day, who jumps on Jake and washes his face in snow? And who rescues him?