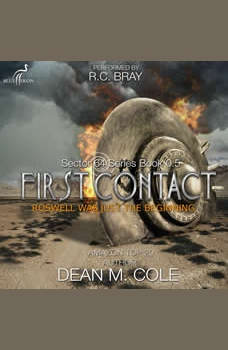 From the Bestselling Author of Solitude!

As part of the Greatest Generation, Major Anthony Spinelli, a World War II fighter pilot, flew into combat to save his family and keep them free. Two years later, he lost them in the blink of an eye, leaving Tony rudderless and without purpose. Then, on a dark, moonless night, in the skies above 1947 New Mexico, he has an encounter that will change humanity forever. However, when an accident threatens to unleash unimaginable destruction, Tony must race against time and unwinding plots to save us ... and maybe himself along the way.