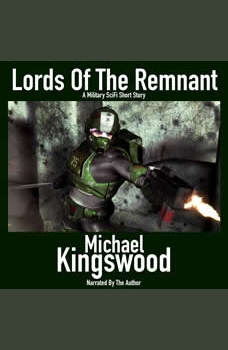 An infantryman, certain resistance is futile, nevertheless deploys with his unit to fight against an alien invasion.

Lords of the Remnant is a 3,800 word military science fiction short story.

Narrated By The Author.