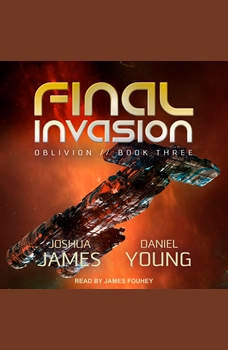 The invasion has begun. On the capital world of Vassar-1, the Allied Independent Colonies find themselves in a race against time to stop a terrorist plot that could bring chaos to the galaxy. As the terror spreads, Earth provides nothing but deception and subterfuge. With time running out, it's up to Ben and Ada to deliver an AIC agent with vital information. But not everything is what it seems.