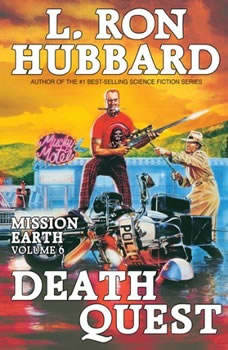 Alien assassin Soltan Gris will stop at nothing to destroy Fleet Officer Jettero Heller and sabotage his mission to save Earth from drowning in its own environmental problems, while, at the same time, he's forced to play husband to two wives and keep up with a teenage nymph. A rip-roaring motorboat chase tops off this sixth action-filled installment of intergalactic espionage. Volume 6 of the biggest Science Fiction dekology ever written -- Mission Earth. Cast: Multi-cast