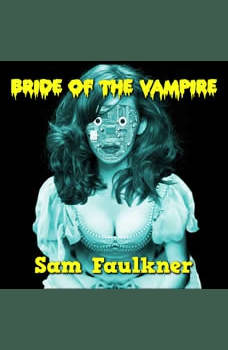 Bride of the Vampire

There's no such thing as vampires. This is the twentieth century. It's bad enough being tied to a stake and accused of witchcraft. The last thing Fembot Sally needs is the undead trying to prey on her as well.

But dark rumours are circulating of an evil presence up at the castle. Bodies are being found drained of blood and the finger of suspicion has already fallen on the feudal lord, Count Vetrikinski.

Fembot Sally travels up to the castle to investigate, but will she be able to resist the strangely hypnotic man who lives there, a darkly handsome aristocrat who insists he really isn't a vampire at all?