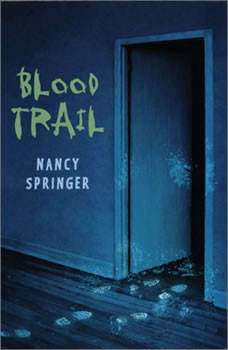 Acclaimed author Nancy Springer writes award-winning young adult books, including I Am Mordred, Looking for Jamie Bridger, and Rowan Hood. In this suspenseful story, a boy named Aaron has been murdered. Everyone in Pinto River wonders who could have done such a horrible thing. Jeremy,Aaron's best friend, has a pretty good idea who committed the crime. But does he keep his mouth shut, or does he tell? Norm Lee's powerful narration leads listeners through this murder mystery.

The Case of the Peculiar Pink Fan
by Nancy Springer

Nancy Springer's Enola Holmes mysteries have received glowing praise from Booklist, Kirkus Reviews, School Library Journal and Publishers Weekly. The younger sister of Sherlock and Mycroft Holmes, 14-year-old Enola is no slouch herself when it comes...

The Case of the Missing Marquess
by Nancy Springer