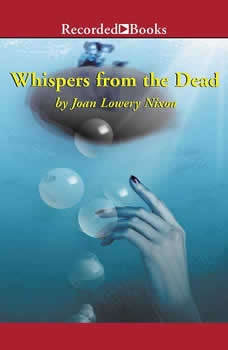 Whispers from the Dead

The first time 16-year-old Sarah walks into her new home, she is overwhelmed by a feeling of dread. Something terrible has happened here. When an icy presence whispers a desperate plea for help, Sarah investigates. Sarah first began sensing spirits after her near death experience. She had hoped to leave the hauntings behind and start over in this new town. But now she has learned that someone was murdered in this house, and the murderer went unpunished. Maybe her new friends can help her make sense of the disturbing visions and the relentless whispers that plague her. As the phantom pleas become more frantic, so does Sarah-especially since she realizes that her own life depends on solving the murder of this insistent ghost. Narrator Julie Dretzin does a remarkable job of plugging the listener into the horror of this story from an Edgar Award-winning author. Adrenaline levels rise as the story rushes inexorably to an ominous conclusion.

Holly Campbell's world has suddenly been turned upside down. Her best friend stands accused of murdering his parents. She knows Cody is innocent, but how can she help him prove it? Holly's father, the detective in charge of the murder investigation,...

The Other Side of Dark
by Joan Lowery Nixon

Thirteen-year-old Stacy is sunbathing in the backyard when she hears a strange noise from inside the house. Turning to look, she sees a man with a gun burst through the door; then everything goes black. She wakes up in a hospital bed to learn that s...