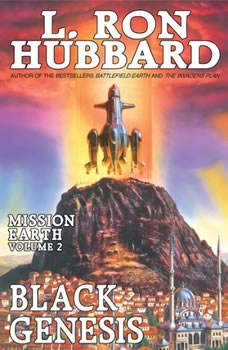 Intrigue, betrayal, blackmail... From the violent, heroin-riddled back streets of Turkey to the heart of government corruption in America, Mission Earth relentlessly hurls into a new labyrinth of intrigue, betrayal, suspense and murder. Volume 2 of the biggest Science Fiction dekology ever written -- Mission Earth. Cast: Multi-cast