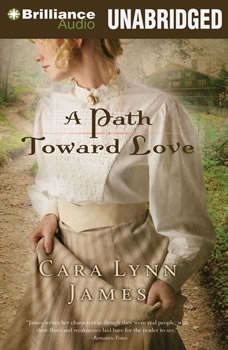 A Path Toward Love

Young widow Katherine Osborne returns to her family’s rustic camp on Raquette Lake in the Adirondack Mountains. She’s determined to live a quiet life, but her socialite mother is equally determined to push her into a new marriage while she’s still young.Andrew Townsend has known Katherine since they were children. An attorney who is successful, but not wealthy, he knows she is socially out of his reach. But he’s curious about what changed the free-spirited girl he once knew into this private, somber young woman.Katherine has kept hidden the details of her unsuccessful marriage. When past sins come to light, she must turn to God for the courage to be honest. But how can she trust the God she feels has let her down? When she confides in Andrew, their relationship takes a dramatic turn into uncharted territory.Amid impossible obstacles, two young people must learn to trust enough to walk the path that God has cleared for them. A path that leads to healing and restoration. A path toward love.