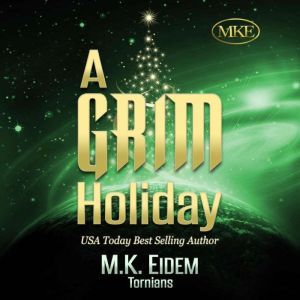 It's the Holidays on Luda or at least the Tornian version of the Holidays. When Lisa learned about the Festival of the Goddess she was initially excited, that was before she learned just how Tornians celebrated.

The blending of families and traditions was never easy but Lisa and the girls were determined to bring their version of the Holidays to Luanda and the people they had come to love.