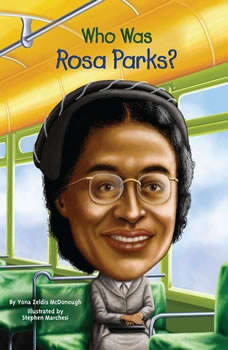 Who Was Rosa Parks?

The Voice that Challenged a Nation
by Russell Freedman

Winner of the Robert F. Sibert Informational Book Award, The Voice That Challenged a Nation is an inspiring biography. In the 1930s, black singer Marian Anderson was not allowed to perform at Constitution Hall. But with help from Eleanor Roosevelt, ...