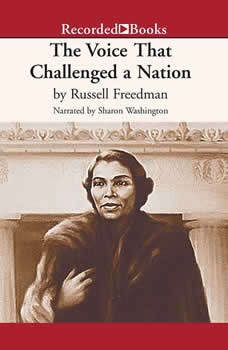 The Voice that Challenged a Nation: Marian Anderson and the Struggle for Equal Rights

Winner of the Robert F. Sibert Informational Book Award, The Voice That Challenged a Nation is an inspiring biography. In the 1930s, black singer Marian Anderson was not allowed to perform at Constitution Hall. But with help from Eleanor Roosevelt, Anderson staged an amazing concert at the Lincoln Memorial and became an activist for civil rights.

Harvesting Hope is an ALA Notable book. As a young boy, Cesar lived happily on his family's ranch in Arizona. But when a severe drought lost them the entire crop, his family also lost their home. With thousands of other unlucky families, the Chavez'...