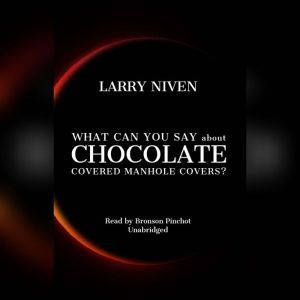 What Can You Say about Chocolate Covered Manhole Covers?

Like Cloak of Anarchy, this story is peopled with fictional versions of several of Niven's friends. A discussion among friends about the theory of "Multiple Edens" suddenly becomes all too real, and the reason Tom Findlay has been asking such interesting questions over the years becomes clear.