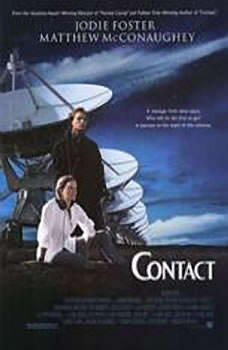 The future is here...in an adventure of cosmic dimension.In December, 1999, a multinational team journeys out to the stars, to the most awesome encounter in human history. Who -- or what -- is out there? In Cosmos, Carl Sagan explained the universe. In Contact, he predicts its future -- and our own.