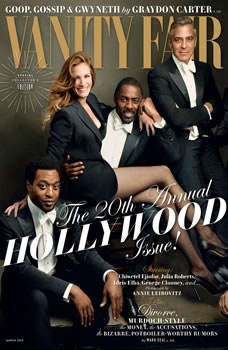 Vanity Fair is a cultural filter, sparking the global conversation about the people and ideas that matter most. With a dedication to journalistic excellence and powerful storytelling, Vanity Fair is the first choice-often the only choice-for the world's most influential and important audience. From print to social media, the big screen to the smartphone and now on audio, Vanity Fair is the arbiter of our era.This month's issue, V.F.'s 20th annual Hollywood issue, features: Film: Why the movies are better than TV Scandal: The shocking dissolution of Rupert Murdoch's marriage Fashion: Why Hollywood's top stylists rule the red carpet Investigation: The whereabouts of Scientology's First Lady Plus: Graydon Carter on Gwyneth