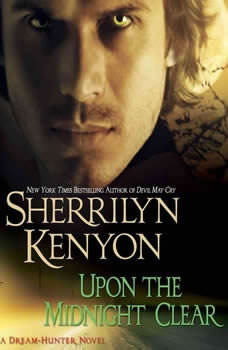 Upon the Midnight Clear

Ever think Scrooge had it right before the ghosts ruined his life? Meet Aidan O'Conner.At one time he was a world-renowned celebrity who gave freely of himself and his money without wanting anything in return...until those around him took without asking. Now Aidan wants nothing of the world—or anyone who's a part of it. When a stranger appears at his doorstep, Aidan knows he's seen her before…in his dreams.Born on Olympus as a goddess, Leta knows nothing of the human world. But a ruthless enemy has driven her from the world of dreams and into the home of the only man who can help her: Aidan. Her immortal powers are derived from human emotions—and his anger is just the fuel she needs to defend herself…One cold winter's night will change their lives forever…Trapped together in a brutal winter storm, Aidan and Leta must turn to the only power capable of saving them—or destroying them both: trust.

Wife for Hire
by Janet Evanovich

Hank Mallone knows he's in trouble when Maggie Toone agrees to pretend to be his wife in order to improve his rogue's reputation. Will his harebrained scheme to get a bank loan for his business backfire once Maggie arrives in his small Vermont town ...

Don't get me wrong, I enjoyed this book, but it was such a short read and hard to believe...but it's full of gods, so there's not much room..LOL. The thing I didn't get was how, in the course of a few hours, they fell in love. I mean Aiden is so full of hate, and a girl shows up at his cabin in the middle of nowhere, and he takes a nap...please! Then, he accepts she was in his dreams and all of a sudden he starts to fall in love. I don't know, maybe it's just me, but, I think there needed to be a bit more of a build up. But that's my opinion, and I will continue to read all her books in the hopes that I find those gems like the Dark-Hunters again....Acherons story is out August '08...yummy!